Left It Behind (Juany Bravo Remix) 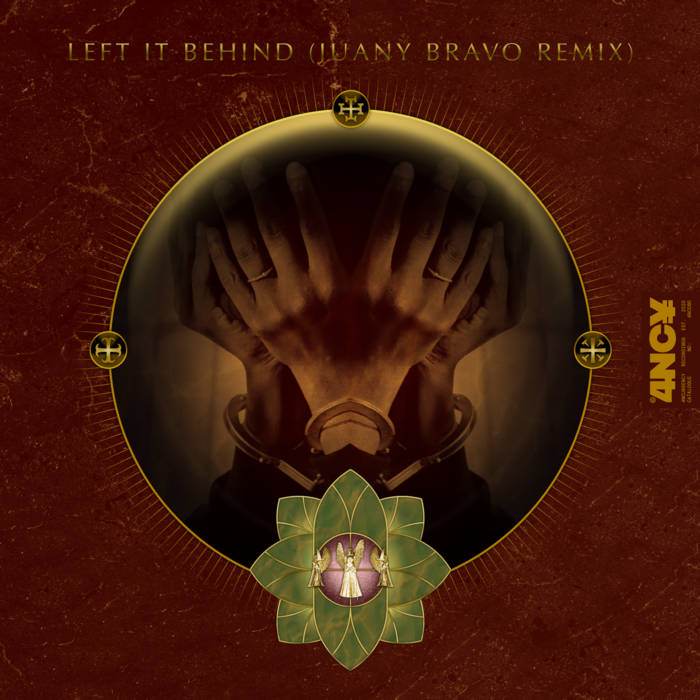 Juany Bravo’s flip of Left it behind is the first of a series of remixes from their acclaimed Cemetery Gospel album.

When Juany Bravo first heard “Left It Behind”, the final track of “Cemetery Gospel” released earlier this year by Starving Yet Full & August Jakobsen, he instantly knew he wanted to remix that track.

The already club driven track now has a deeper, Afro House, after party tinge to it while keeping the original vocals intact making it a must have track of the season for all house Dj’s working up dancefloors across the globe!

Ex-Toronto, now Moscow-based singer-songwriter Cedric Gasaïda, aka Starving Yet Full, was the lead vocalist of the Canadian quartet, Azari & III who achieved crossover success in 2011 with hits including 'Hungry For The Power' and 'Reckless (With Your Love)'. Now pursuing a solo career, Gasaïda has fostered an admirable presence in the modern-day electronic music landscape with collaborations alongside artists such as Pete Tong, Rampa and Sinden. Cemetery Gospel saw Gasaïda team up with DJ, producer, multi-instrumentalist and one half of APP alongside Peter Pixzel, August Jakobsen for the eight-track album.

About Juany Bravo
This self-taught producer's style is marked by a blend of Latin influenced grooves, tribal percussion, disco, Hip-Hop, and classic house sounds which are present in the wide range of original productions and remixes in his repertoire. Over the last few years, Juany Bravo has seen Beatport chart-topping releases on labels such as Saved Records, Kittball Records, Toolroom Records, Cr2, Stealth Records, Lapsus Music, Go Deeva Records, In The Loop Recordings, Sleazy G, Audiophile XXL, Dopewax Records, and Shanghaied, while scoring support from major musical taste makers and blogs, such as Mark Knight, Tube & Berger, Nic Fanciulli, Roger Sanchez, and Kenny Dope, to name a few. His EP, Puro Latino [Stealth], saw an incredibly fast rise up the charts, and climbed to the #3 spot on the Beatport Top 100 House Releases chart in January 2020, while his releases on Kitball and Saved Records both reached the top 15 on the Afro House Top 100 singles chart on Beatport (#10 & #13).