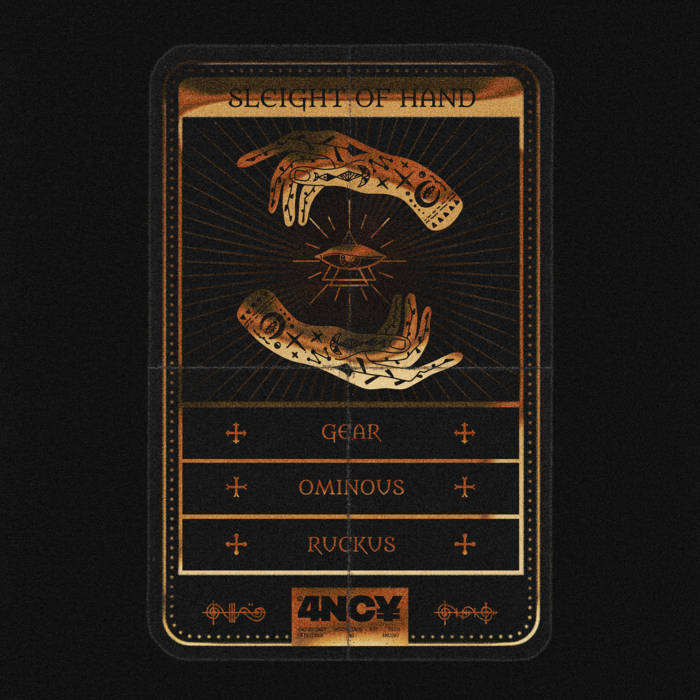 GEAR, Ominous and Ruckus come together to cook up a Halftime & Hip-Hop Ep!

It features Ominous and Ruckus on production and Texas’ finest GEAR on the bars urging the listener to feel their authentic selves and empowered. This is the first time the trio has come together for a project. GEAR and Ruckus have collaborated on several projects already.

Bursting out of Dallas, Texas, GEAR is a multi-talented artist who creates rap inspired by a smorgasbord of electronic genres. Throughout his younger years, GEAR discovered a large realm of styles in deep corners of the internet. They included grime, industrial, dubstep, drum & bass, and more. His sound is the pounding product of these influences. In addition to what he gained through an immersion in Southern rap, he also draws inspiration from countries across the globe, making for an incredibly left-field and unprecedented combination.

Breaking an eight-year hiatus, Adrian Purcell emerged from a quiet and humble life of changing nappies and falling asleep during the kid’s nap times to create a new persona. Ruckus was born out of a small studio clumsily thrown together in the back utility room of his family home.

After experimenting with different styles, he found his sound within the deeper darker corners of the drum and bass spectrum. Using this as his base, he carefully blended it with haunting almost beautiful tones and musical elements, balanced delicately with powerful snappy and rolling drums.

With a debut release alongside the mighty MC Gear on the fresh and fast rising imprint Off-licence Records, Ruckus has continued to work with fantastic independent labels such as Sub-division recordings, gaining recognition and support from scene heavyweights including: Bladerunner, Kenny Ken, Ray Keith, Monrroe and Saxxon. The latest link up consisting of two projects with UK scene legend, PAV4N’s imprint 4NC¥, is continuing to develop and refine his style bringing back reminiscent influences of hip hop and dubstep elements to his sound design.

In 2007, on a brisk November evening in the heart of Edinburgh; a young Liam Gartland braved the frigid, harsh Scottish air to join a group of friends at an exciting new night at Potter’s Row, blissfully unaware that his life was about to change. Entering the club, the sudden weight of a 40 Hz wall of sound expelled from the excessively large rig at 174 beats per minute consumed Liam, resulting in a complete sonic revelation.

After some time locked away, he emerged from his sonic cocoon a new man and armed to the teeth with an arsenal of heavy weight rolling hitters, with dark atmospheric sound design, what better name for the new and improved LG than OMINOUS. He immediately landed on fantastic imprints such as Off-licence records and Sub-division recordings, gaining support and admiration from the scene's finest. Now forthcoming on the one and only 4ncy headed by the legend Pavan, the future is looking very bright in the most Ominous way.